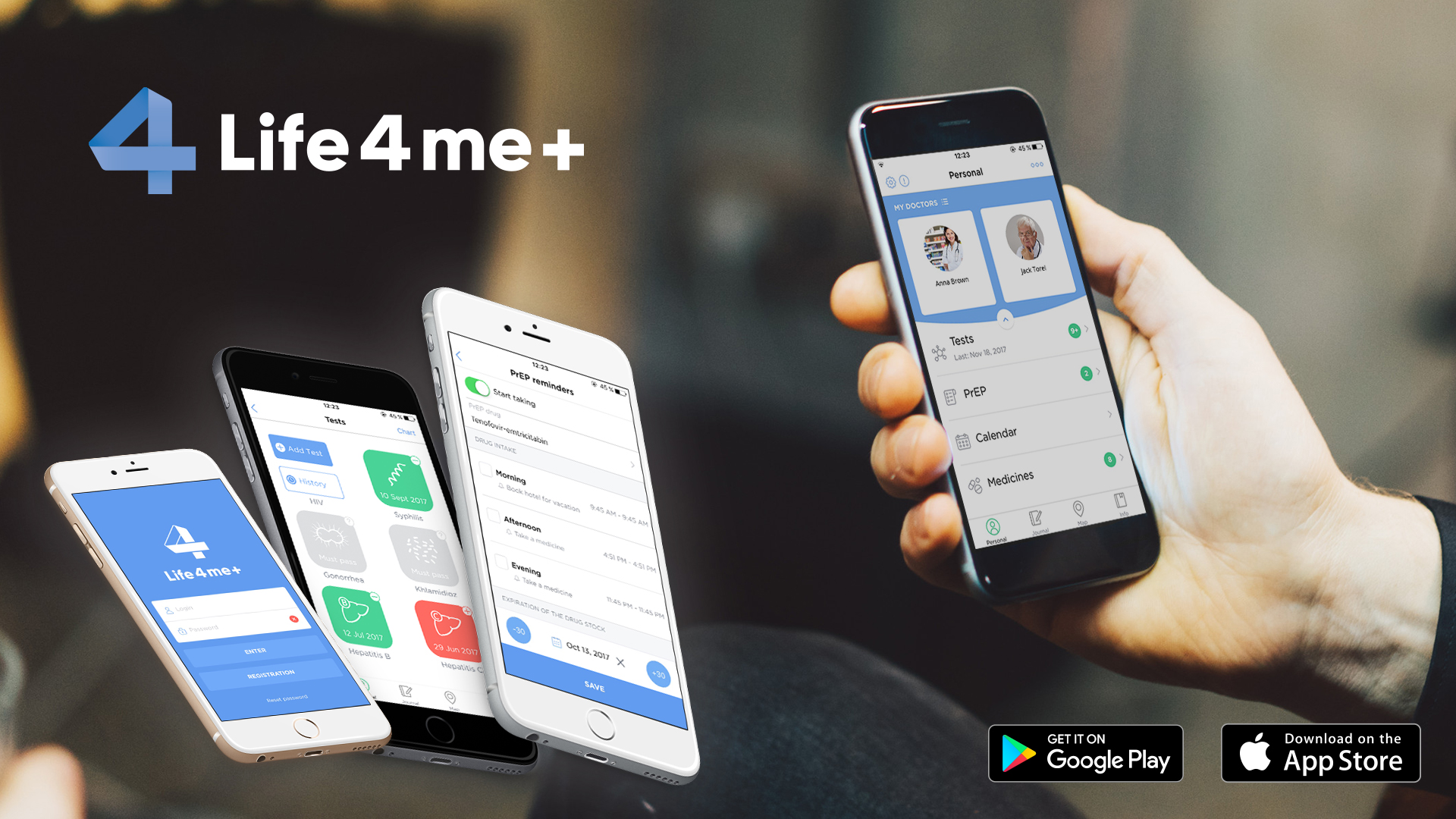 E-Health system for those living with HIV

In the market and ready to scale
Request Introduction

Life4me is a free, community-developed e-health system for HIV-positive people available around the world.

The system unites doctors, patients and the government under one roof. Life4me+ consists of three types of software to monitor patient health and provide support to patients: an application for iOS, an application for Android, and a web-portal. The Life4me+ app will automatically remind users of tests for sexually transmitted infections (STIs) and when to take medications. The app helps to establish communication between physicians and patients. It also allows users to conveniently organize their medication timetable and to set private and personalized reminders, get medical prescriptions, and schedule doctor’s appointments or blood tests. Users can also enter test results in the app. The GPS navigator helps users find a nearby hospital, clinic, pharmacy, laboratory, peer-to-peer counselling or HIV community organization anywhere in the world. The app also lists city and regional hotlines, which offer services for people living with HIV.

The system is currently used by over 15.000 users from 60 countries all over the world and is available in 13 languages: Russian, English, German, Armenian, Estonian, Georgian, Ukrainian, French, Spanish, Italian, Chinese, Romanian and Portuguese.